While most risk assets buckle under the strain of the Coronavirus, Gold continues to shine brightly as the haven of last resort. The yellow metal is up 12% this year, outperforming all other major asset classes globally. How long can it last and what are the signs that you need to rebalance into other asset classes? For simplicity the analysis focuses on whether now is a good time to buy gold assuming investing in the commodity itself rather than Gold Mining Stocks (which are more volatile and less useful as a Hedge for Equities)

%
of Gold price moves can be explained by Real Yields – the strongest factor, by far

This is the elephant in the room. Investors are turning to gold because of one simple fact – deeply negative Real Yields (Bond Yields after accounting for Inflation). Some of other traditionally safe haven assets like Treasury Bonds are generating negative real returns. The lower they are, the more attractive Gold becomes. After all, buying a bond that is guaranteed to lose you money is a tough sell.

Read more on our outlook for Treasury Bond ETFs post the Coronavirus shock. You may also have a look at our Fixed Income Dashboard for current Bond ETF yields. According to BlackRock, Real Yields drive around 30% of the price of Gold – the strongest factor, by far. But not in all environments.

Schroders Strategists analysed Gold performance during three periods: 1982-1999 (High Real Yield), 2000-2008 (Decreasing Real Yields) and 2009-2019 (Low Real Yield). In the first two periods when Bonds offered positive / high real returns there is little relationship between Gold and Real Yields (it may be the case again if Real Rates go up one day).

That said, in current low yield environment there is clearly a strong correlation between rates and Gold prices. You can easily track daily Real Rates from US Department of Treasury website. But, to avoid opening Excel, Schroders plotted the graph for you (see above)

Based on a BlackRock analysis it is estimated that during these periods (which we are currently in) the rough rule of thumb is Every 0.10% drop in Real Yields coincides with about a 1.25% increase in Gold Prices. Real Rates are already low. The risk of holding Gold may be the limited future appreciation should negative rates not materialise. However, Treasuries already generate negative real rates and short term instruments may soon follow:

Since Gold is quoted in USD you need to follow the Dollar Index (DXY) closely.  Essentially, this tracks how strong is the USD versus a basket of other currencies.  A stronger Dollar vis-a-vis other currencies may mechanically weaken Gold (perceived as the ultimate currency). Historically Gold outperformance is strongest when the Dollar is down. However, during Coronavirus both the Dollar and Gold are perceived as Safe Havens and a stronger Dollar doesn’t have a major impact on Gold. This may change as the Economy stabilises.

More importantly, Monetary Inflation increases prices of all assets including Stocks (read about the disconnect between fundamentals and valuations) and Gold on the back of unprecedented stimulus by the FED.

As you can observe, each Jobless claim on Thursday comes with a surge in Gold Prices. Other Economic indicators have similar effect. Gold may ultimately react negatively to a more positive outlook. Any potential geopolitical or Economic Conflict (e.g. Escalation of Trade War with China) may also impact Gold and provide a hedge to your Equity portfolio.

There is also a possibility of other Tail Risks combined with current situation (remember how the Oil Price War escalated quickly). We just don’t know but Gold is an Insurance in these instances. Again, we emphasize that holding Gold is potentially interesting as a diversification tool. Not necessarily as a standalone Asset Class. We took a look on how a hypothetical Portfolio would behave over the past 30 years assuming a mix of Equities and Gold for a 5 Year Holding period – read out takeaways

Appreciation Potential from Inflation: LOW (Base Case) to HIGH

Given the limited upside from lower Real Yields, already priced in low growth outlook the ultimate appeal of Gold would be in a high inflation regime. Now, this one is very binary. There is a large debate whether after a period of deflation we may see some return of high consumer prices. It is clear that in the short term that won’t be the case:

READ  Couple of risk mitigatation observations in this bear market

However, once lockdowns are eased this remains a possibility. According to JP Morgan Gold has provided positive returns during periods of negative growth shocks as well as positive inflation shocks. However, in terms of inflation regimes, average Gold returns have generally been most significant during extremely low (less than 1%) or high (greater than 3%) inflation. Is it a good time to buy Gold with inflation between 1% an 3%? In those episodes gold returns were lackluster.

In essence, we would need to see a significant jump in inflation for Gold to benefit materially and this is very speculative at the moment given lack of demand. This has also not been the case post the GFC – when gold has been frustrating to trade. The prediction that drove the post-crisis rally — that quantitative easing would lead to high inflation — did not play out. Gold tumbled to below $1,100 by late 2015. Bears can also point to the two-decade slump that followed a high in 1980.

Demand for Jewellery may probably the weakest aspect of current Gold appeal. Some demand is clearly  dampened in the Short Term. It remains to be seen the degree to which the retail market comes back. This aspect is largerly driven by Emerging Countries and more specifically Asia (50% of overall Gold demand comes from China and India)

Despite initial signalling Emerging Countries’ Banks e.g. Russia may start buying back Gold. It is likely that the long term trend for central banks to be net buyers of Gold post GFC will continue.

HOW TO INVEST IN GOLD

Research the appropriate ETFs based on your needs

Read More about those Funds (Tabs by Exchange)

DISCLAIMER – the views expressed here are my own personal views. The information provided is general in nature only. It does not constitute personal financial advice. You should consider the appropriateness of the information. You should have regard to your objectives, financial situation and needs, and seek professional advice where appropriate. This website is not affiliated with any investment firms. These are meant to be illustrative investments. Please remember that past performance may not be indicative of future results. Different types of investments involve varying degrees of risk. There can be no assurance that the future performance of any specific investment, investment strategy, or product made reference to directly or indirectly in this  newsletter (article), will be profitable, equal any corresponding indicated historical performance level(s), or be suitable for your portfolio. 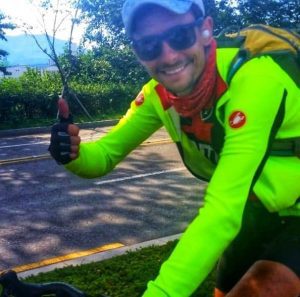 Hi, I'm Raph - ex-Portfolio Manager and Chartered Financial Analyst (CFA) turned long distance cyclist. Currently on a bike around the world trip in a touring / backpacking mode and cycled close to 15,000 kms over the past year. When I stop cycling I analyse the markets and provide simple strategies to reach your financial goals. Are you a speculator? Leave this website now - I have created this website in April 2020 to explain strategies for proven, slower but consistent returns. I've analysed non performing assets for over 10 years - it's better to make consistent returns than take excessive risks & lose money

Instagram Twitter Reddit Medium Envelope
Copyright 2020 © Bankeronwheels.com - Independent Investment Strategies for Passive Income. All rights reserved. The information on this website is being provided strictly for informational purposes only and does not constitute investment advice.
wpDiscuz
0
0
Would love your thoughts, please comment.x
()
x
| Reply
Go to top
Thanks for subscribing!